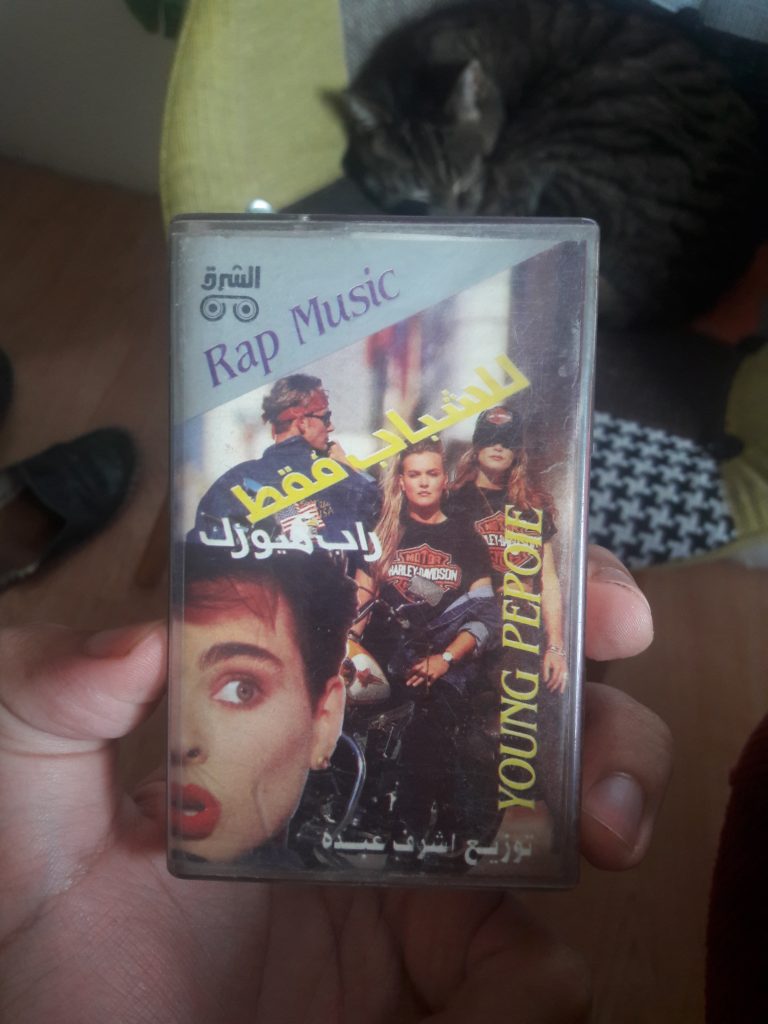 I was honored to do a guestmix for Nabihah Iqbal’s BBC show. Nabihah played this awesome Arabic ‘Ace of Base’ cover after the mix. I had to remember where I heard it before, so I went though my tape collection and found this cassette again. It’s says ‘Rap Music’, but it’s actually full of 90’s house songs. And because I haven’t been uploading for a week I added a bonus song from the same cassette titled ‘Folklor Music’, but it’s actually a 90’s house cover of the 50’s ‘shish kebab’ composition by the late Ralph Marterie. The cassette is titled ‘Lil Shabab Fakat’ meaning ‘Only For the Youth’. I’ve surpassed being young so I’ll just leave it here for the youngsters.