Starting with Disco Arabesquo it has always been a dream to reissue some of my favorite Egyptian disco-cassettes on vinyl. And after alot of patience, saving up and hard work ‘شرايط الديسكو’ (Sharayet el Disco) is now set to release on vinyl on June the 3rd 2022.

The compilation is an ode to the cassette as it changed Egypt’s soundscape in the 1980’s and, for its youth, it opened the door to a search for a new cultural identity. The compilation is an insight into the diversity of the Egyptian disco sound and features Simone’s cosmopolitan ‘Merci’ song, Al Massrieen’s groovey ‘Hezeny’, the obscure band called Firkit el Ensan with ‘Donia el Arkam’ and many more..

The music is both inventive and funky and played with both Western and Arab instruments, showcasing the creativity of Egyptian musicians. The songs are from my cassette collection and most of them are making their vinyl debut.

The guy on the cover is my dad in his early discodays. I surprised him with the fact that he is on the cover of my vinyl. He had a little repressed smile on his face when I showed it to him. So I asked: ‘Do you like it?’ He responded as only an Arab dad could and said: ‘No, I’m just waiting for you to become successful so I can sue you Inshallah!’

I want to thank WeWantSounds for the collab, Mazzika & Mario Choueiry for the licencing, Moving Still for the inspiration and Genial for helping along the way, David Hachour from Color Sound Studio Mastering for the remastering, Zaid Sbeitan for the Arabic calligraphy and Heba Tarek for the artwork.

You can now pre-order the vinyl through my webshop: https://discoarab.bandcamp.com/album/sharayet-el-disco 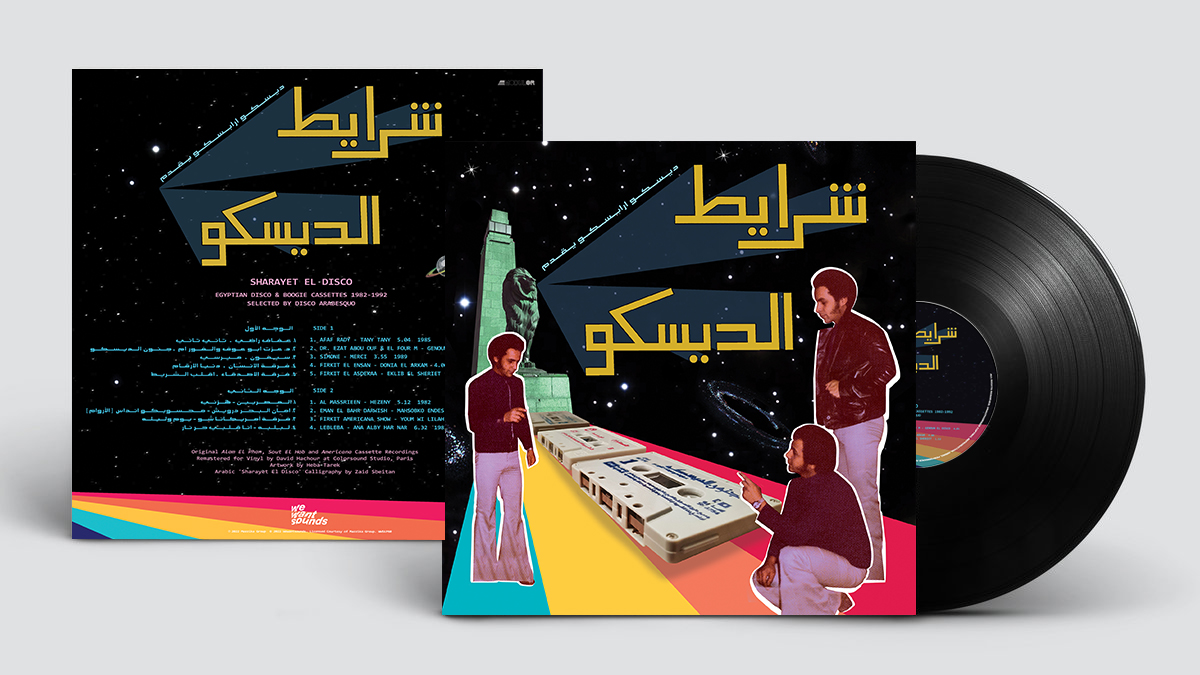