The Mystery of Al Pharana

The Mystery of the Pharaohs 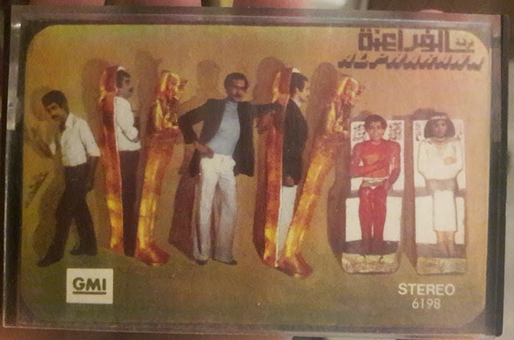 This is the most mysterious cassette I came across until now. This cassette titled ‘Firkat Al Pharana’ (The Pharaohs band) is a cassette I found in a warehouse on the outskirts of Giza (how ironic). I didn’t know anything about the band before seeing the cassette, and I still don’t know much about them. I searched over the internet I could find any clue to who they are. I would really love to know more about them because the music is amazing. The only thing I know is the label of the cassette is GMI, and from what little information on the internet, it was supposed to be a bootleg label out in singapore that would put out unofficial tapes. The quality of the tape is bad, possibly that is also the reason why the band didnt get known in that time. There is a lot of noise in the background, the sound is a bit tilted to the left and in the quite parts you can even here was in playing of the otherside of the tape in reverse. But the music is quite nice, it has a bit of the vibe of the Masrieen band that was reissued by Habibi Funk. I guess the tape is from the late 70’s, early 80’s. If anybody has any information regarding this band it would be very helpful. I’m dying to know who these cats are!